Stonebwoy is undoubtedly one of Ghana’s greatest musical exports. The Afropop, Dancehall and Reggae musician has won a plethora of awards and recognitions, toured many countries around the world and was recently signed to Universal Music Group’s Def Jam Recordings – one of the leading companies of music in the world – which has heavyweights like Justin Bieber and Kanye West, among others, in its roaster. In this interview with TheCable Lifestyle, the 34-year-old singer gives his two cents on the controversial debate over “Whether Nigerian artists support their Ghanaian counterparts”. He also argues that reggae music belongs to Africans – not Caribbean people.

TheCable Lifestyle: What made you choose reggae as your music genre?

stonebwoy: I chose Reggae because it’s the most relevant way to express my talent. And I think over the years I’ve proven that it’s not the only way I can express my creativity, but it’s actually the basis because I can identify with the message and the style he brings.

Dancehall and reggae music is the path that feels most comfortable to me and that I really identify with.

TheCable Lifestyle: Many would say reggae is not an African thing. What is your point of view on this?

Stonebwoy: Reggae is rooted in the heart of Africa. It is not a foreign style or movement. He just has more awareness and consciousness attached to that style of music.

For me, it’s not that it’s really difficult to express yourself with these styles, all these names in Jamaican. Remember that Jamaicans are all Africans due to the slave trade. So, it’s just the music that we cover.

Music is music, you just have to present it well and find the way you can express yourself best and most.

I’m not the only one, there are tons and tons of people who get inspired by this kind of music. It does not belong to any Caribbean society by its core. It belongs to Africans and we benefit from it in various ways.

TheCable Lifestyle: As an accomplished artist, what part of your career do you think you haven’t explored yet?

Stonebwoy: So far so good, I’ve mapped way beyond that and just want to expand and grow. So basically, to whom we give a lot, we expect a lot. I have proven myself. From a dancehall Reggae base, I was able to throw my tentacles everywhere. I was able to collaborate with several artists in all fields.

I think I already have enough to handle so I pray to God to give me strength so I can push further as there is so much more room for growth.

And later we can go further into something really weird, but once it’s music that gets into black DNA, then I think I have the privilege of trying and testing and to do. 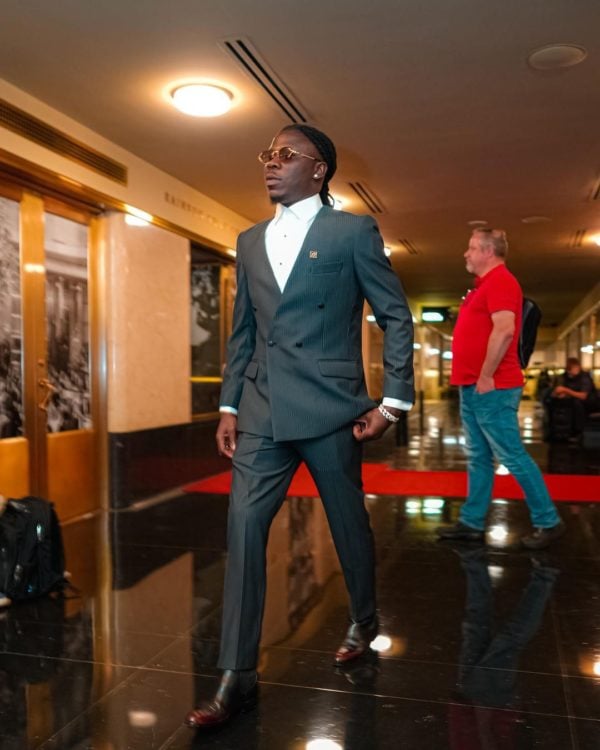 TheCable Lifestyle: Nigerian music industry executive Ayo Sonaiya claimed in his documentary that afrobeats originated in Ghana, is that true?

Stonebwoy: If it was a Ghanaian saying that then I would think it’s up for debate a bit but I think Ayo wouldn’t be researching over the years of his contribution in the industry to share with Africans and fellows around the world. any form of lying.

This does not create any form of competition. It is a question of education and level of understanding that we mainly share a lot of historical documents, we are the same people.

If it is from Ghana, I think credit should be given to those brothers where it is from. If he is being rolled to the highest of heights by Nigerians, we must also acknowledge the fact that it was our other sister who did this. That’s the kind of mentality we need to have.

I am proud to be a Ghanaian and to this day it is very evident that there are several other people across the continent who are creating different things that Nigeria as a brother sells better. Like the new Amapiano – most of the Amapiano sounds that we really enjoy come from Nigeria. And the Afrobeats has opened up so much that it contains anything and everything inspired by today.

Basically, there is a lot of education to be done, so we all understand that this is more of an umbrella representation of Africans than a particular region. There are different spices from different places that come together to form today’s Afrobeats that we are proud of.

TheCable Lifestyle: In that vein, do you think Shatta Wale was correct in saying that Nigerian artists don’t support Ghanaian artists?

Stonebwoy: I cannot give an explanation to someone who has raised certain points because he is the only one who has the details that necessitated these points. But, we all play roles in Africa, therefore, our Nigerian brothers have led the way and continued to push the level to the highest of heights, so if they can, they are the ones who drive everyone, c That was the kind of submission I made when this issue came up.

I believe that I am not an ignorant artist, so my submission is very clear and well documented. So, I know that Nigeria has an important role to play to be the one who will lead the continent, regardless of the contribution of everyone else.

I have nothing to do with any particular Nigerian artist supporting any particular Ghanaian artist, it’s too basic and individualistic, and I can’t deal with that. I have friends on this side, we owe it to ourselves to push the movement forward. I think of the industry, the continent and peace and love.

TheCable Lifestyle: What was the inspiration behind your career?

Stonebwoy: My inspiration is basically to connect with the bigger picture. I know I am a Ghanaian but I also understand that I am inspired to think far and wide that there are brothers and sisters scattered all over the place and we all have similar things in music.

So with the level of talent that I offer, I’m not afraid to dare and connect with RnB artists, Reggae and Dancehall artists, or Latin, Portuguese or French-speaking artists. And all of these areas, I did. My inspiration has been to connect to bigger things.

That’s my main inspiration, to speak on behalf of the voiceless in Africa, to really represent people like Kwame Nkrumah and Fela Kuti.

TheCable Lifestyle: When you’re not making music, what do you do for fun?

Stonebwoy: I’m probably resting because I’m still thinking. In my spare time I read a book or sleep or play a PlayStation but that’s even rare.

There is not too much time to play, that time will come but now I am focused on the work to be done. 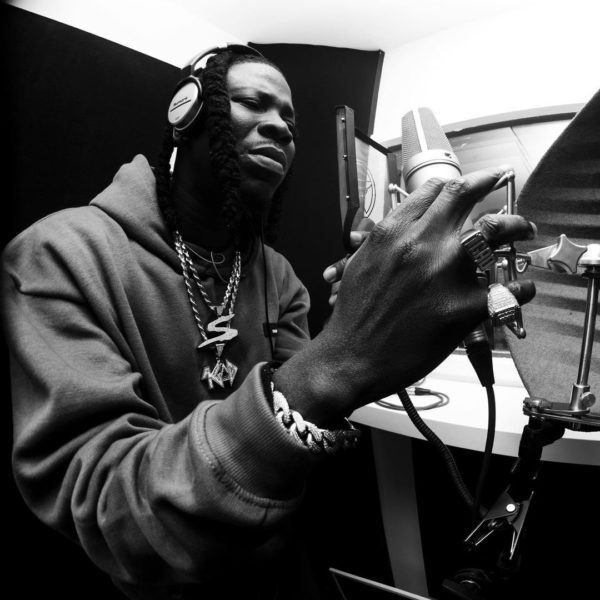 TheCable Lifestyle: What do you think of emerging artists in Ghana and Africa?

Stonebwoy: I think everyone is born to deliver their quota of what God has creatively given them. People have to choose where we actually push it from. So we can all be in the same boat, playing at different times. So I really respect all new people who work and push to add to the historical benefits of our music, our culture and our art.

of which I can say no less. They do wonders.

TheCable Lifestyle: What should we expect from you?

Stonebwoy: I’m going to release my album in March next year. I released a single called ‘Gidigba’, it’s hot everywhere. It’s a masterpiece. The first single was ‘Therapy’, a beautiful love song.

From there, we could release another single before December, when we would be busy headlining all the shows, festivals and concerts.

Copyright 2022 LeCable. All rights reserved. This material and any other digital content on this website may not be reproduced, published, broadcast, rewritten or redistributed in whole or in part without the prior express written permission of TheCable.