According to the club, the release of the shirts, which feature a bold all-over geometric print, is underway in a bid to celebrate its Jamaican fans.

The video advertisement for the shirt shows supposed scenes from Jamaica, begins with Arsenal’s Brazilian striker Gabriel Jesus spinning a vinyl record, then cuts to youngsters doing somersaults near a PA system, then children playing football on a pitch, while listening to a Roots Reggae beat. the background.

“With many Jamaicans living in our local community and across the capital, this pays tribute to those who call North London and Jamaica home,” the Gunners noted in a statement.

According to the club, the campaign mixes football and fashion and features Jamaican fans, as well as its footballers in London wearing the jersey, which will be showcased throughout the weekend at the Notting Hill Carnival, and ahead of its first team game men against Fulham.

The statement also quoted former player Ian Wright, who is of Jamaican descent, praising their tribute to Jamaicans.

“It’s fantastic to see adidas and Arsenal celebrating their rich and diverse fanbase. Arsenal is for everyone, and creating initiatives, support and products that resonate with the vast fanbase is fantastic to see. fans will love it!” Wright said.

Arsenal’s origins date back to late 1886, when a group of workers from the Woolwich Arsenal armament factory decided to form a football team, initially called Dial Square after the sundial atop the factory entrance.

The club have won 47 trophies in their 136-year history, including 13 Champions League titles, and currently hold the record for most FA Cup wins.

Jamaicans have a long love affair with Arsenal, with an Arsenal Jamaica Supporters Club (AJSC) having even been established in December 2015 which the club recognizes as the official supporters club of Jamaica.

AJSC even have their own banner which was placed in the Emirates Stadium, home of the Gunners, at the start of the 2015/2016 Barclays Premier League season.

In June 2017, Arsenal FC had announced that through its Arsenal Jamaica Supporters Club it aimed to “connect Jamaican Arsenal supporters and foster a welcoming environment for new members and fans” and had a designated meeting place for members at Caribbean Estates in Portmore, St. Catherine.

According to the AJSC, the organization exists as a way to create what it describes as an epicenter for supporters to communicate and share their views. 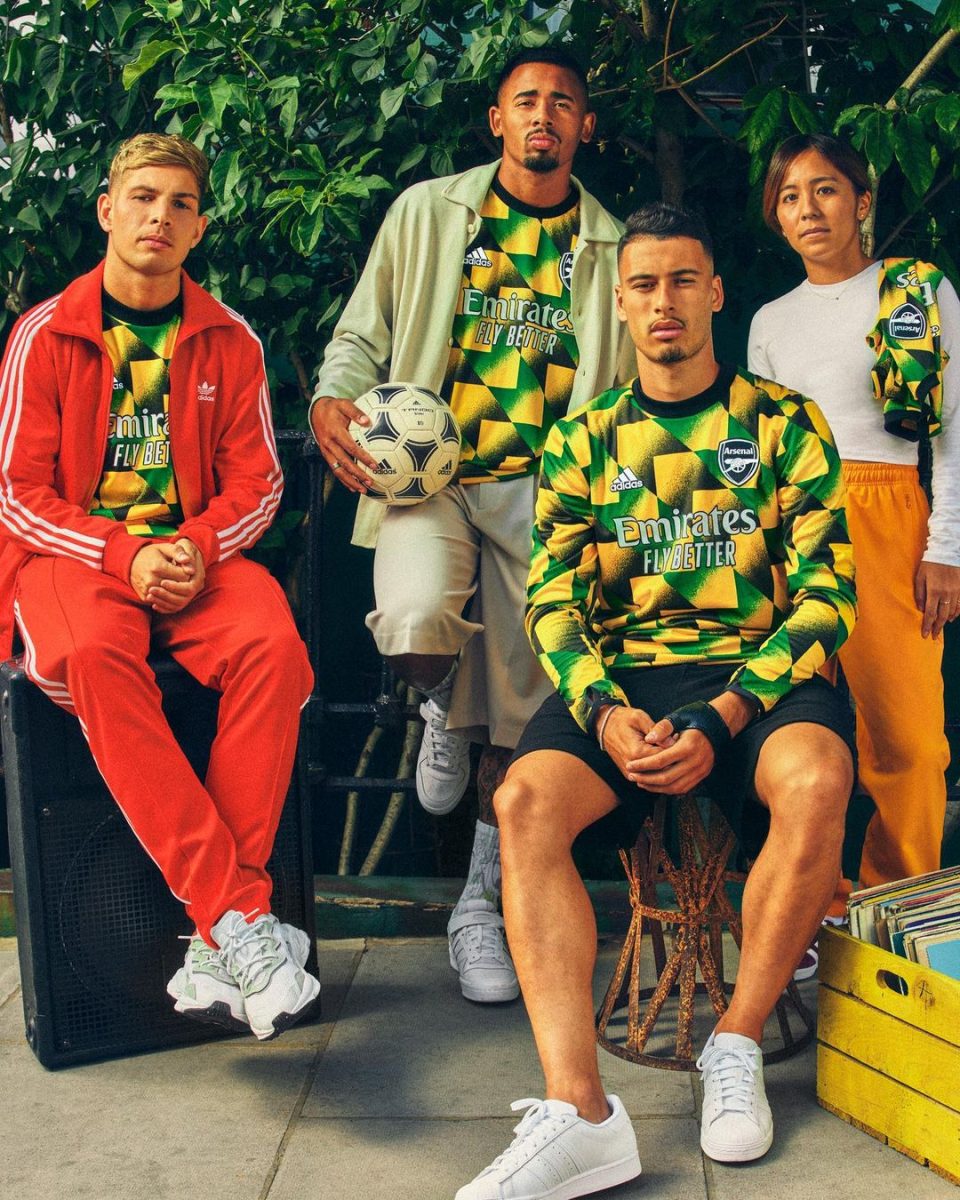 “The Jamaican diaspora spans every continent and we have been fortunate to connect with many of these people who share the same passion as we do when it comes to Arsenal FC. We are committed to connecting with many other passionate supporters around the world, in addition to increasing the visibility and history of Arsenal FC and Arsenal Jamaica Supporters Club,” the group said on its website.

In May this year, Reggae Boyz manager Paul Hall called up then-uncapped Arsenal midfielder Omari Hutchinson for an international friendly against Catalonia in Spain.

Hutchinson was being eyed by the Jamaica Football Federation (JFF) who had earlier indicated that the international friendly against Catalonia would provide opportunities to watch new players, mainly from Europe and that the new players, depending on the evaluation of the staff. technical, “could play a role, in short, medium or long-term plans and responds to the objective of integrating new players into our list as soon as possible in a new four-year cycle.

Hutchinson, born in England, is eligible to play for Jamaica through his parents and is said to be one of England’s most promising young players.