Jamaican music has come a long way since Prince Buster, Millie Small, The Skatalites and Desmond Dekker first entered the British Hit Parade in the early 1960s. Looking in the rear view mirror is cool, but if we spend too much time watching, we’ll crash the bus. So if the journey is to continue, we need to look ahead, to the road ahead, and much of that responsibility lies with the up-and-coming artists of today who are in the driver’s seat.

With the advent of ‘rub-a-dub’ and then ‘dancehall’ music in the 80s and 90s, we saw significant changes in what the rest of the world called reggae – there was a change in paradigm. The culture was changing and it was a new expression of how young people felt. It wasn’t a reggae beat anymore, it had a new rhythmic energy and a new tempo.

Throughout the 60s, 70s and 80s, reggae attracted a global audience who heard a grounded, grounded feel-good sound that had also emerged in various elements of pop music culture, protest songs and rock music. They also traveled by the thousands to see the Jamaican artists who made this great music; as Bob Marley put it, it was ‘Roots Rock Reggae’ and audiences in every major city, from America to the UK and across central Europe, caught the fever.

What happened to this passion for reggae music that shone so bright around the world?

Ask any concert promoter and they’ll tell you that’s just not what it used to be, mainly because a lot of the music that’s being made in Jamaica now isn’t really reggae , certainly not rhythmically, and the headliners that might stand alone – Large, sold-out concert halls hardly exist anymore, with a few notable exceptions.

If you go to a dance party in Jamaica these days you’ll be lucky to hear reggae playing at all except for a few songs at the start of the warm-up, so it’s strictly dancehall and its latest offspring, dancehall trap. Much of what is now enjoyed by young people in Jamaica is not what the rest of the world recognizes as reggae. It may be hugely popular with young people in Jamaica, but does it export beyond Norman Manley Airport? Does Jamaica have a cultural deficit in terms of the reggae music they used to do versus what they do now? By that I mean in terms of singers and bands. Sure, there’s no shortage of toasters, singers, and rappers, but their appeal lies in an already established fan base.

What has made reggae such an incredible musical export is its universal mass appeal.

It was loved because of its central messages of hope, freedom, and righteous indignation against a Babylonian system that holds people back and exploits the poorer classes. The messages were in the songs and the world was listening. Roots-rock reggae offered empowerment, it was a beacon of hope that people could relate to, and it wasn’t just the songs of social injustice that struck a chord, it was also love songs. The sweet, aching vocals and soulful harmonies of these incredible voices, and let’s not forget the quality of these songs – the song makes the singer, the singer doesn’t make the song is an adage that still holds true. Then there was the power of reggae rhythm itself – heavy bass lines, the one drop, the rolling cadence of those organ and guitar riffs and the mind-blowing joy of dub music – created by engineers such as King Tubby, Sylvan Morris and Errol Thompson.

The other problem facing reggae today is the insatiable thirst the world now has for social content – that endless carousel of photos and video clips on Instagram, Facebookand ICT Tac. It’s more and more about being seen, rather than what you actually say. The more ridiculous the look, the more attention it seems to get, and we just have to see what went down on social media following Fantan Mojah’s video for king of fire to see how visual content can spark media interest.

We are definitely seeing more sexually explicit videos, especially in terms of the portrayal of women, as well as more glorification of gang violence and culture, and the gruesome use of guns. This begs the question: What happened to reggae and its message of peace and love? That’s not to say that some Jamaican artists aren’t making uplifting music videos anymore because they do, but the proliferation of these other videos brings a sense of hopelessness.

It is right and fitting that we reflect on the work of Jamaican superstars who have made reggae music famous around the world. Why don’t we see new young stars emerging that can chart a similar path to those revered stars that shone brightly across the world in those fine days?

What about the radio, why do I barely hear reggae music on the many radio stations that now exist in Jamaica, why does the radio seem to belong to the dancehall-trap genre ? Surely we have to ask the question, why did Afrobeats, which is basically rooted in Jamaican dancehall music, become so phenomenally popular and why did it leave Jamaican music in its wake in terms of global popularity?

I suggest that part of the problem is that almost nothing we hear today is actually salvageable. By that I mean it is physically recoverable, like the discs were. They were tangible and collecting them was addictive because if you liked a song you had to buy the record because it was the only way to hear it over and over. Remember that reggae received no mainstream daytime radio, so it depended on loyal fans to support it by buying singles and albums on vinyl. Now you can stream reggae anywhere, but you don’t own it anymore.

The advent in 2013 of what has been somewhat controversially called the ‘reggae revival movement’ saw a return to music heralded by a wave of young musicians, artists and bands, from Chronixx and Raging Fyah to Protoje and Jesse Royal and as we approach International Women’s Day on March 8 let’s not forget all the work that has already been done by the pioneering women of reggae, namely Phyllis Dillon, the I- Three—Marcia Griffiths, Judy Mowatt, and Rita Marley; Janet Kay & Carol Thompson, Lady Saw, Tanya Stephens and more recently Jah9, Etana and Spice and the new wave of women such as Jada Kingdom, Kelissa, Koffee, Lila Ike and Sevana.

It should be noted that for millions of people outside of Jamaica reggae music is still seen to be rooted in the works of Bob Marley, he still sells more music than any living reggae artist and many can be learned from what he said and how he said it. Hopefully the cultural messages of reggae, especially as manifested through Rastafari, which has played such a central role in the development of the music, will continue to inspire people. The future belongs to the young (and the young at heart). May the seeds sown so many years ago by legendary music icons continue to grow and blossom. For it is a rich heritage that we have inherited and all who love it have a duty to nurture it and nurture it with new music that brings hope and comfort to this troubled world.

David Rodigan is a British radio personality who also performs as a disc jockey. Known for his selections of reggae and dancehall music, he has performed on stations including Radio London, Capital 95.8, Kiss 100, BBC Radio 1Xtra, BBC Radio 2 and BFBS Radio.

He has stated that his passion for Jamaican music was initiated by watching Millie Small perform her 1964 hit My Boy Lollipop at the Ready Steady Go! TV show as a schoolboy. By age 15, Rodigan was DJing at school dances and youth clubs. Leaving school in 1970, he spent a year studying economics before leaving to study drama. Despite an acting career, Rodigan maintained his passion for music, selling records in Oxford and then Putney, before getting a job at Radio London in 1978 on the show Reggae Rockers. A year later, he was offered a permanent slot at Capital Radio to present Roots Rockers, which ran for 11 years. In 1990, a change in the station’s music management and policy resulted in Rodigan leaving to start a new show for Kiss FM when it relaunched in September as the first legal 24-hour dance music station in London. He hosted the Sunday night slot from 11 p.m. to midnight until November 2012, when the slot was moved to midnight and he quit in protest at what he called the “continued marginalization” of the reggae genre. .

Rodigan is renowned for his musical clashes with established sound systems and the likes of Killamanjaro, Stone Love, Barry G and Bass Odyssey.

Rodigan is the recipient of the Order of Distinction at Officer Rank and has been recognized by the Jamaica Reggae Industry Association for his contribution to the growth and development of reggae music. He was made a Member of the Order of the British Empire (MBE) in 2012 for his services to broadcasting. 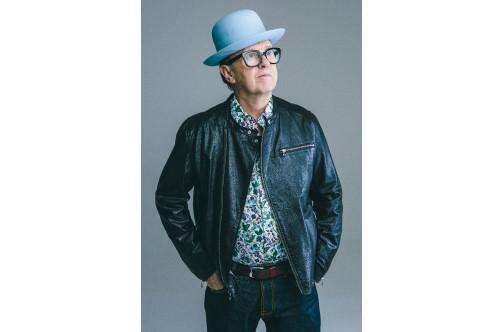